I’m currently waiting for the debate to start. I’m watching this on Bloomberg TV (DirectTV channel 353) because they are live fact checking.

I will be placing the time (as accurately as possible) beside each of my comments.

8:01: Commentator says that Trump may be called out on lies. I really, really hope so.

8:02: According to Bloomberg politics polls, it is 46%/46% race. Hopefully this gives Clinton the win. On a related note, I’m working on calling Clinton Clinton instead of Hillary because it’s super sexist to refer to him by his last name but not her.

8:04: Hey Lester. Rules agreed upon? Let’s see. Topics: Achieving prosperity, America’s direction, and securing America. I’m intrigued. Sort of. The questions have not been seen by anyone. That I Love.

8:08: Jobs are fleeing. Mexico. China. “A very good fight, and a winning fight.” America as a piggy bank? “Some of the best plants.” You aren’t saying anything. Thousands of jobs are leaving, despite proof of growth. Apparently him and Clinton agree on childcare, but disagree on numbers. That’d I’d love to learn more about. “Reducing taxes tremendously.” But trickledown economics doesn’t work. Bruh. I also hate his hand gestures.

8:10: Smart, fair trade deals. Tax system that rewards work? Yes. SHE SAID TRICKLE DOWN ECONOMICS. LOOK HOW SMART I AM. “Trumped-up Trickledown” Bless you, Madame Secretary. Different view, yes. Which one is good? The one that works MADAME SECRETARY’S. “I don’t buy that.” (in reference to helping the wealthy helps us all). Are you gonna support the middle class? Please do. Please

8:12: How are you bringing back jobs? Answer, but first, “MY FATHER GAVE ME A SMALL LOAN.” Always talking about China. Answer Lester’s question. On and on he goes. He still hasn’t answered the questions. Lester tried to interrupt. Got steam-rolled.

8:15: Her response. Tax cuts helped the wealthy, neglected the middle class. She says Trump wanted it to collapse. He interrupts: “That’s called business, by the way.” As if that justifies it. She doesn’t stutter. She says we’re at a place where we can go higher, but we can’t go back to the bad policies. She’s right. God, I love her. “Donald Trump says that climate change is a hoax created by the Chinese,” (She’s “Mostly Right”) He immediately interrupts. Several times. She doesn’t falter. “I’ve tried to be very specific about what we can and should do.”

8:18: “I’m a great believer in all forms of energy… Our energy [something] is a disaster.”  He says we should give companies incentives to expand. I can dig that. I can’t dig that at the expense of the people.

8:19: They keep speaking all over each other. 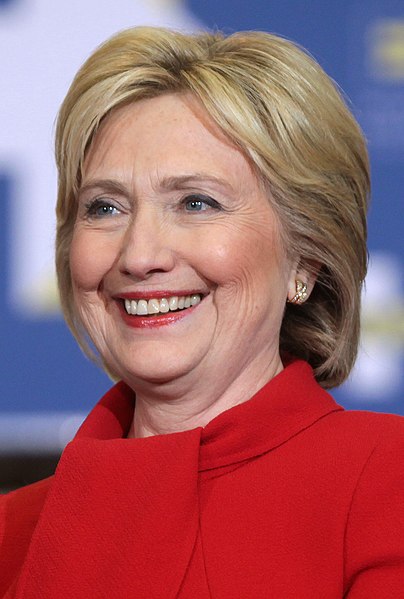 8:28: “I have a feeling by the end of this evening I’m going to be blamed for everything that’s ever happened.” “Why not?” What kind of dialogue is that? Jesus. He’s such a caricature.

8:29: he has no decorum. He interrupts her all the time and Lester doesn’t stop it. This is so disgusting. With TrickleDown again.

8:33: Lester calls him out on the audit thing. He basically just reiterates that he’ll release it when she releases her 33,000 deleted emails.

8:34: another example of bait and switch. 40 years of tax returns. She actually answers the questions. She accuses him of not paying federal income taxes, he says, “That makes me smart.” I can’t believe he is a real person. It doesn’t make you smart, it makes you a criminal you despicable tangerine. She seems very confident in relation to the tax returns. “There’s something he’s hiding.” Yes, ma’am.

8:38: He’s talking about our airports, that our airports are like a third-world country. To look at Chinese Airports. I just came from Beijing. The airport was nice, but it wasn’t comparable to Atlanta or LAX. They’re both much, much nicer than Beijing.  Mildly related, what on earth does this have to do with your tax returns?

8:40: He’s justifying not paying for random work. That’s not how this works.

8:43: Starting with race. This makes me nervous. Clinton to start.

8:44: I’m not fully convinced she cares, but she’s a great actress. She talks about reforming the criminal justice system, as well as gun control.  Restore trust, work with the police, tackle gun violence. That’s my ideas in a sentence.

8:46: His rebuttal. He’s condescending without the articulation to support him. “We need law and order in our country.” He’s right about having the support of police groups, but there’s so much corruption. He’s right, we need to stop the violence. But how do you bring back law and order? How? Is he capable of answering a question directly? 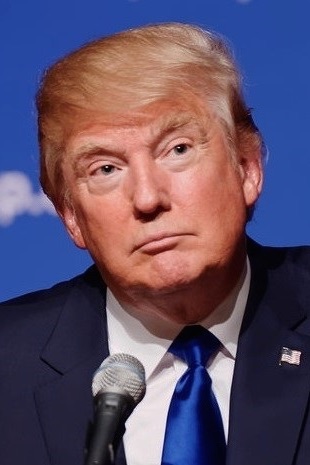 8:51: Stop and frisk is ineffective. She’s now talking about how crime is half of what it was. How dare we acknowledge that so many things are better than they were? Mama Clinton speaking truths about systemic racism (even though she’s problematic.) “We can’t just say law and order…we have to come forward with a plan.” YES. Plus more second chances.

8:53: Yes! We must demilitarize the police. America must not be a police state.

8:54: Discussing implicit bias, of course we have implicit bias. Every human does. That’s just life. She’s smart to want training in that. She pulled a Trump, “I’ve talked to police chiefs, they’ve got a lot of concerns.”

8:55: He brought up the “super predator” remark. He’s right, it was a horrible thing to say.

8:58: Lester isn’t even attempting to control him.

8:59: “I think Donald just criticized me for preparing for this debate. And yes I did. You know what else I prepared for? I prepared to be president, and I think that’s a good thing.” Yes. #ImWithHer

9:00: It’s just false that Clinton started the birther movement. Let it go. You were wrong. Own up to it, just like she owns up to her poor decision making with the emails.

9:02: I’m just impressed that he said the “African American community” instead of the “blacks.”

9:06: Cyber warfare. I’m gonna be honest, I don’t really care about this. I know it’s important, but it’s not my thing. Just gonna listen here.

9:14: How are we supposed to take the oil? We can’t just strip a nation’s natural resources as terrorist prevention.

9:15: She’s trying to stay on topic, bringing it back to domestic terrorism for ISIS.

9:16: Saying we need to work with our allies seems like a no-brainer. The Iran deal? How can they go from about to fall to soon to be a major power? How does that even work dude? He really is like a child trying to fill up his word count on an essay. But this essay is the presidency. Ugh

9:19: He’s re-writing history regarding his stance on the war.

9:21: “I have much better judgement than she does. I also have a must better temperament than she has.” He thinks his strongest asset is his asset. That’s hilarious. That’s so ridiculously crazy.

9:24: He keeps interrupting her because she says he taunts people. Like, dude. You do. You taunt people like a middle-schooler. There’s a reason we don’t want your hand on the button.

“A man who can be provoked by a tweet should not have his hand near the nuclear codes.”

I love that quote.

9:26: “We lose on everything.” Okay, dude. But I like that you agree that nuclear is the single biggest threat. Nuclear disarmament, please.

9:33: Lester called him out on the question about the “look.” He’s now redirecting it to be about stamina. However, that’s not the question Lester asked. Back about us defending Saudia Arabia. He’s just a living soundbite.

9:33: “Once he travels to 112 countries and negotiates a peace deal, a ceasefire, a release of dissidents, an opening of new opportunities in nations around the world, or even spends 11 hours testifying in front of a congressional committee, he can talk to me about stamina.”

9:36: He suddenly cares about kindness. Weird.

9:37: She supports the results of the election. Because, duh. That’s how it works. His response: “I wanna make America Great Again.” But, as usual, we ignore the question.

9:38: He finally manages to answer the question. Yes, he’ll support the results if she wins.

Clear winner to me:

Photo of Trump by Michael Vadon