“If Jesus had a ‘sh*t list,’ you wouldn’t find people on it. You’d find attitudes and actions. Not wrong people but wrong ideas, behaviors, and ways of being in the world…He could see the humanity even in the soldiers who were carrying out his  execution.” Tom Krattenmaker, Confessions of a Secular  Jesus Follower, page 28-29

Confessions of a Secular Jesus Follower starts with a simple premise: even if you don’t believe in Jesus as a diving figure, he’s worthy of following on a purely philosophical and moral level. While I hadn’t heard of the term “secular Jesus follower” before (Krattenmaker says
he’d only found one example “in a reader comment beneath an obscure blog post”), I had heard of Christian Atheism, although I don’t claim to be well versed in its philosophical principles. In 12 sections, Krattenmaker lays out compelling arguments on why non-believers should follow Jesus, and how living life with a Jesus-centered worldview would humanize and revitalize human interaction.

Can Jesus be the answer when you’re not looking for God?

Personally, this book came at an ideal time. I’m an atheist who often wishes for a god. I look around the world and see the best and worst of humanity haloed by religion. As a resident of Mississippi, I see generosity and hatred wrapped up in the same gaudy evangelical bow. Krattenmaker, in a way, resolves a lot of the mental gymnastics I play with myself in regards to moral behavior and Jesus. Yes, you can see Jesus as a good, moral guide and not worship him. Yes, you can be moral without god. But, more than that, he encourages people to follow Jesus for the humanizing aspects of his philosophy.

Krattenmaker loves the parable of the Good Samaritan, and I don’t fault it for him. The Good Samaritan tells the story of a traveler who is beaten and left for dead alongside the road. A priest and then a Levite—both incredibly respected religious figures in Jesus’s time—walk past the man and avoid him. A Samaritan, a person of a different and “lesser” ethnicity and faith, finds the man and takes care of him, taking him to an inn and paying for the man to be taken care of.

Early on Krattenmaker makes a point that stuck with me beyond anything else in the book:

Krattenmaker argues that following Jesus and acting like he does humanizes everyone. The person who cuts you off in traffic isn’t a nuisance; he’s a full person who happened to cut you off. Your annoying coworker isn’t there simply to bother you; he has his own life as rich and complex as my own. Acting like Jesus forces us to see people for what they are, not for what they are in relation to us.

He often flips Christian logic on its head to promote an ethical way of living. That isn’t to say we must abandon our principles. The left can must continue to support those marginalized, be they racial or religious minorities or members of the LGBT community. In regards to bigotry from religious folk, he takes the ever popular “hate the sin, love the sinner,” and transforms it:

Hate the hate, love the hater.

For atheists, this book gives us a frame of reference to use to live more consciously moral lives. Yes, humanism preaches the same things, many times in a better way. But I don’t actually know any humanists who are rallying to send money or spend time helping those less fortunate, not in the same numbers as I see Christians doing that.

In its own way, I think this book is trying to remind Christians who Jesus is. It’s written for a mostly secular audience, but reading it properly requires the reader to point their quick condemnations at themselves.

In his chapter, “Real Victory,” Krattenmaker tells a short story about an email correspondence he had with a conservative Christian high school classmate.  “She had some bones to pick with me about a column I’d written promoting the necessity of political compromise. Compromise, she scoffed—horrible idea! How can you compromise with people who are destroying our country!” He then proposes a difficult, but meaningful game. “I proposed that we swap acknowledgements about what was good about the other person’s side and what was lame or annoying about our own.”

It didn’t take me long to find faults with my own side, but a bit longer to find things I like about the Right. How often do people sit down and think about the bad parts of their side and honor the good parts of the other side? Far too often, I think, we get trapped in ideological bubbles. For Christians, I think the lessons of this book mirror those for atheists. People on the other side are just people. Humans trying to live life the best way they know how.

Jesus, without the baggage

This book doesn’t tackle the larger issues of morality in the Bible, but Krattenmaker had no intention to do that. His message is purely about Jesus, and how his teachings can make us better. In the end, I agree with him. He does exactly what many Evangelicals hate and what many on the left accuse Evangelicals of doing: he picks and chooses. He completely ignores the Old Testament and the New, except for the Gospels. There is an argument to make that Jesus is not as Krattenmaker depicts him, but I disagree.

As I’ve written before: “I see examples of what I want: the Christianity of Claiborne, of Belinda Rives, of Don Ross. I see their Jesus, welcoming me into his arms and I want it.”  Now, I can add Krattenmaker to that list.

If Jesus is as Krattenmaker describes, I want to whole-heartedly follow him. 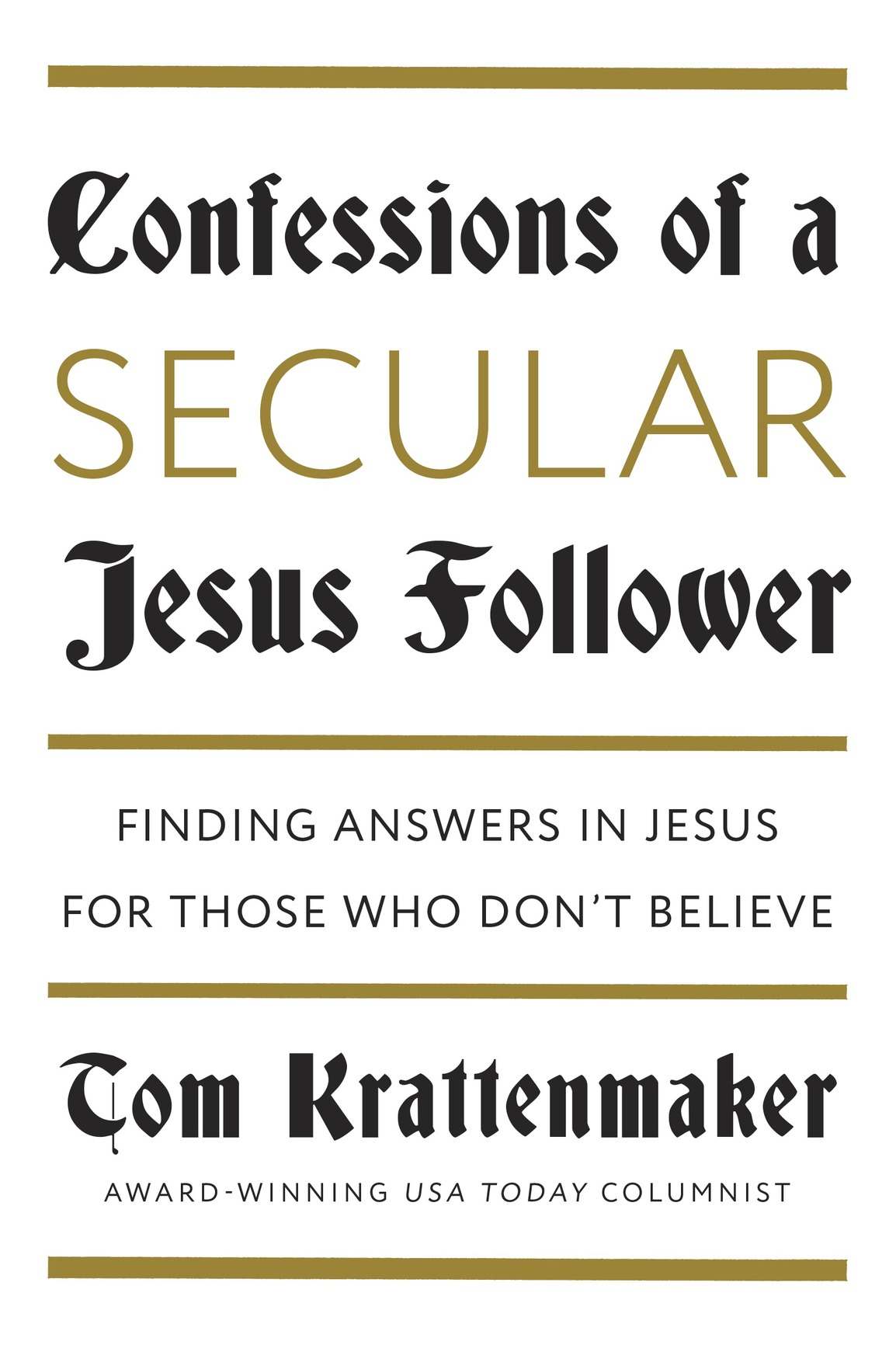 Confessions of a Secular Jesus Follower: Finding Answers in Jesus for Those Who Don’t Believe by Tom Krattenmaker is available on Amazon.