My first love was a choice, a childish one at that. A cold January night, in a hunting camp that I assume still exists, I sat drifting with my thoughts, a twin bed parked across the way from my father’s. My best friend had found something we called love with a boy. He had two best friends, and, the cold, windless night, I chose one of them to be a school girl crush.

In the end, we spent seven years riding a roller-coaster of good and bad. Our separation wasn’t one done out of a lack of love, rather an impasse of maturity.

The man I had been with for years, the one I left, once told me that breaking up with him was the most radical act of self-care I’ve ever done.

Two years later, I’ve had two boyfriends, both short-term. Not bad men, but not the men I want to spend the rest of my life with. In all three cases, I was the one who pulled the trigger, saying goodbye even when I didn’t want to. I’ve been blessed with the ability to make hard decisions in emotional times, I’m good at seeing red flags and choosing myself over the fear of the unknown.

I’ve never been broken up with, not when things were official, not when we had told our parents about our new romances. Brief flings, a few dates, sure—I’ll get a text saying, “Thanks, but no thanks,” or no text at all letting me know that the story has finished after only a few pages. I don’t hold it against them. There’s a certain amount of wisdom in knowing when to say goodbye.

But for the kind of relationships that mean something more, I’ve always been the leaver. Not to say I’m unleavable, but there’s something about me that those who fall in love with me want. At the core of it: I am the kind of girl you want to keep around. I’m flawed and mortal and sometimes so painfully human, but I can be so kind and patient, encouraging. I’ll also give you a kick in the ass, reminding you that forever is forward and we don’t have to waste time dawdling.

Saying goodbye is never easy. I don’t wake up joyful and giddy at the fact that I’m ending something beautiful. I cry, every time. I’m wracked with guilt. To (obnoxiously) quote my own poetry: 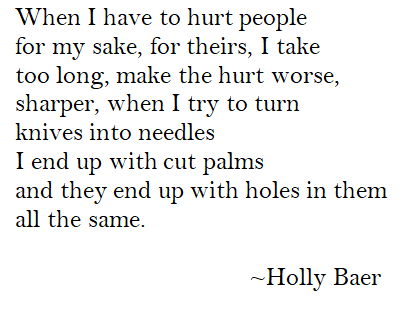 The hard decisions, the goodbyes, the “I’m sorry’s” came and came confidently, foot down, unshakeable, but they hurt and, too often, I take too long to finally say the words. When asked for second chances, asked to rethink things, I found the voice to say, “No,” even when it shook and quivered. I’ve made hard decisions because they were good. I was willing to hurt them because I knew I was doing what I should. I knew that there was avoidable pain down the road, that no matter how I felt at the moment, it would be better for me to go.

I don’t know how many times I’ve been in love. It’s a hard question that requires us to know exactly what love is, like it’s quantifiable with tables and charts, something presentable to the masses. I know I’ve felt a lot of love, been given love and gave it in return. But I don’t know  how many times I lived in that love I felt, how may times skinned knees felt like homecomings.

I type love so frequently that my phone corrects life to love. Fitting, I’m so distracted by rumors of love like bonfires, I run toward every flicker of flame, a gnat diving headfirst 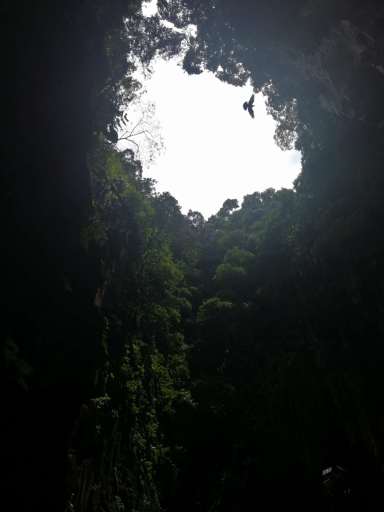 into bug lights. It’ll be my downfall, the reason why I don’t find what I crave.

But even that’s untrue. When I want to, really want to, I find love. I find the kind of love that could be turned into something so real it scares my neighbors, makes children look on in awe. But I toss it aside because something just isn’t right. Something about this forever doesn’t sit right in my heart or stomach. So far, each time it’s turned out to be right. The destiny I thought I wanted snuffed out, and I read the ashes like tea leaves seeing a future I didn’t want.

Now, as summer grows, blooms, becomes real again, I sit at the precipice of future and wonder what falling feels like. These days, alone feels like lonely, and I’m surrounded by good examples of love—happy couples who work through the muck and have found something that feels right.  I’ve been blessed with good friends, a good job, a good life. Now, I wait for the good love.

Until then, I try to improve. I try to make myself worthy of it. I work and I wait.